You are here: Home / Dr Mary Starr / Do You Give Yourself Grace? 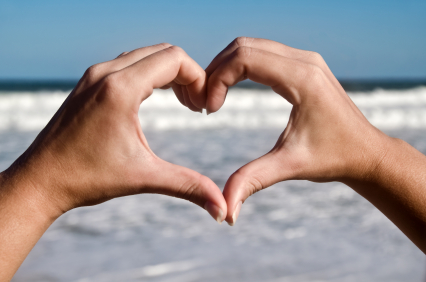 Grace can be defined as a virtue coming from God, a merciful or compassionate nature, an act of kindness, courtesy or clemency, and an exemption. Let’s really think about these definitions…

The other day my girlfriend Chasity called me to share her disappointments in herself. She is a mom of 2 children less than 3 years old and a very big dog. She has a loving and supportive husband with a demanding job that allows him to be at home on the weekends. Chasity has a seasonal job too that currently has her working from 3pm to 11pm on Saturdays and Sundays.

She called to say she was disappointed in herself because she wasn’t losing more weight, she was late to exercise classes and that she wasn’t contributing more money to the family.

As I listened to her I just heard a woman beating herself up and not giving herself grace.

GRACE in the seasons of life

There are definitely seasons in our lives that we may need to give ourselves grace. Seasons when our family will require more attention than when they are older. Seasons after surgery or during an illness when we have to slow down and require less of ourselves. Seasons when we are attempting new things like going back to school after a long time that we will need more GRACE.

Because Chasity was born with some amazing gifts to get done in one day what most of us get done in a week, she still feels that she can accomplish those same things with 2 kids. Maybe she can…but it is important to give ourselves GRACE when we don’t meet our expectations.

GRACE to our bodies

Chasity doesn’t understand why she isn’t losing more weight but she is still nursing her baby. The body needs extra stored body fat when nursing. Although initially the “baby” weight will come off more quick for nursing moms, they will maintain about 10-15 pounds extra naturally.

When I work with obese women, many times they are very discouraged that they have not released any significant weight or that they have gained weight. We must give our bodies GRACE. The keys to releasing weight if you are obese can be found in our Total Wellness Slique Experience Virtual Coaching program. But in a nutshell, we address that women with a high percentage of body fat have a very low metabolism. They will need to spend 1 to 6 months re-training the body’s metabolism through healthy eating and exercise. This is also why many women plateau at 30 pounds or even 50 pounds.

We must give our bodies’ GRACE. This also includes when we start to exercise after a long break in real exercise. Give your body small steps towards physical fitness. This isn’t the Biggest Loser so let’s make sure we slowly build up. 5 minutes the first day, 10 minutes the next, and so on until we can maintain 40 minutes of continuous aerobic activity. The same thing applies when we start to strength train from no weights then light weights then heavier weights. I always recommend working with a professional to get you started exercising the right way.

Be kind with your words

Have you ever been with a friend who is always referring to himself or herself as large, overweight, or stupid? Think about it. Maybe you say those things. It’s true we can, without even thinking, be meaner to ourselves than we would ever think about saying to anyone else. We lack compassion and kindness towards ourselves. And ultimately, self love.

Start today even if you are not happy with yourself. Don’t speak it. Say positive words over yourself. Tell your body it is beautiful even if you don’t think it yet. The “Power of your Tongue” to actually bring things into being is amazing. You have the power to build yourself up or tear yourself down.

My husband is an expert gunsman (if that is a word).  He received awards when in the Navy for his pistol and rifle shooting. As you can guess, he really likes gun shows.  So the other night he was watching this show called Top Shot and I sat down to watch it with him.

It was the season finale and his favorite Southerner contestant Chris Reed was still in the running. We were on our seat with suspense when the arrogant young man, George, does something no one ever expected. He throws the competition so his now friend Chris Reed can compete for the final prize of 100,000 dollars. George gave up his chances at winning because his friend Chris needed the money. Chris had been in an awful motor vehicle accident that nearly took his life. Today with kids at home, he wanted to earn that money for his kids’ education as well as the recognition and achievement of being Top Shot. Chris went on to winning the Top Shot and the $100,000 and the tears rolled down my face. I didn’t expect to see such an example of GRACE on a reality TV show.

Everyday we have the opportunity to be a George and step down so someone else can step up. That is, to be kind and merciful towards others. To forgive someone, ourselves and just let go of the past.

How about you? Will you show yourself and someone else GRACE today?

We publish newsletters and blogposts twice a week for our readers for general education purposes only. We cover topics that are related to achieving and maintaining total wellness which includes our emotional, physical, spiritual and financial health.