You are here: Home / Dr Mary Starr / Veteran’s Day: A Day to Remember 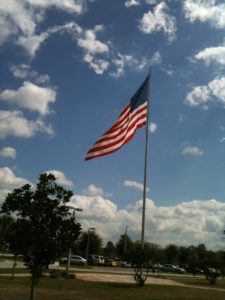 Veteran's Day : A Day to Remember

I started crying when I read the Sunday paper.  It shared a story of a local Solider who only got to spend two weeks with his new baby and wife before he was deployed and then killed in Iraq.  I thought that is so sad, and then I thought how blessed my family is.  Blessed that we don't have to worry about my husband being deployed for months at a time, or risking his life.  Today's blog are just a few stories and sacrifices that these soldiers do for us.

Sacrifice to their Relationships
When I heard the news I was crushed.  Some dear friends were getting divorced.  He was a Coast Guard who was deployed about a week every month and she had a small business owner.  WHAT?  I couldn't believe it. They were so happy.  But then I thought about my relationship even before I was married when my then boyfriend and now husband would be apart for more than a week or two. It was miserable and we could talk every night unlike many soldiers.   Soldiers and their families sacrifice their relationships and sometimes their marriages to serve us.  Sometimes their marriages survive sometimes they don't.

Sacrifice of themselves
Two Sunday's ago I was walking through the Atlanta airport with my husband and 7 month old son. I remember how happy we all were. As we were coming around a corner I noticed a young man in a wheel chair, what looked like his wife pushing a stroller with a baby and another airport attendant pushing him.

As I looked closer I noticed the young man had a bandaged arm. In fact he was missing his arm below the elbow. And then I saw his t-shirt. It said Fallen Hero. It hit me he was an injured war veteran. I instantly was wrecked. As we turned the corner I began to cry. My husband noticed and said what is wrong? I couldn't speak my heart hurt so badly for this veteran. I thought of not just him, but all those affected by war. I thought of my friend Loralee Johnson's brother who was killed in the war.

Soldier’s sacrifice their bodies and sometimes their lives for you and me.

Sacrifice of their minds
We don't see real war when we watch TV, but soldiers do.  Many see awful things that lead to Post Traumatic Stress Disorder. PTSD can lead to medication or self medication.  Today many soldiers are being medicated on low dosages of anti-depressants even before they are deployed.

Sara Cost's * son returned home with terrible side effects from multiple anti-depressant usage.   It took several months but he was able to regain his healthy mind and get off the medications with the help of his doctor and some natural medicinal treatments.

Amy Smith * brother was not so lucky.  He spiraled into alcohol and drug use when he returned suffering with PTSD and anti-depressant drug side effects.  He has been in and out of jail multiple times since his return.  He was not that person before he left.
Soldiers sacrifice their emotional health for us.

Sacrifice of their Spirit
Tom* was a good Christian boy when he left for the Navy besides a bit of a party side he loved God and his family.  He went into the nuclear navy where he lived with 100 people on a submarine 292 ft long, 39 ft wide with a nuclear reactor, food storage and supplies.  For more than 30 days and up to 3 months the sub was submerged with no daylight or leave.  During his last year of enlistment Tom's good friend was killed in a motor-vehicle accident.  That was his final straw he rebelled lost all his Armed Service benefits and ended up in a lifestyle far from God for many years.

Being a Soldier is a sacrifice to their spirit.

Honor
This Sunday I was in the Chicago airport and all of sudden I heard clapping getting nearer and nearer me. I looked and there is an American flag and women holding signs in front of a young man returning from the army. All the airport patrons were clapping for this solider.  It was very honorable.  Unfortunately not all soldiers get this honor.

Whether we agree or not with the decision for troops to be overseas these men and women have sacrificed a great deal for their country.  They have sacrificed their bodies, lives, emotional and spiritual health.  This Veteran's day and every day remember to pray for them and honor them.

Dr. Mary Starr Carter is known as the Total Wellness Doc. She has been training individuals about Natural Health Solutions for over 13 years. She is trained as a Chiropractor and has studied under the world’s foremost leaders in natural medicine. She is a mother and a wife and has created a balanced and total wellness life for herself and thousands of her clients using her simple wholistic approach to health and wellness. Her coaching, classes and ebooks help clients with Fibromyalgia, Hormone and Adrenal issues, Asthma, Diabetes, Weight problems, Thyroid and Chronic pain find resources and solutions to better health.

We publish newsletters and blogposts twice a week for our readers for general education purposes only. We cover topics that are related to achieving and maintaining total wellness which includes our emotional, physical, spiritual and financial health.