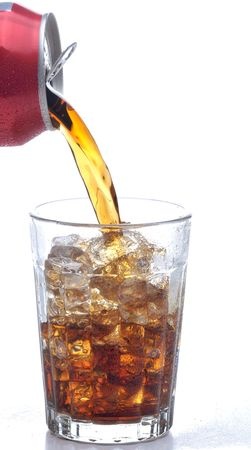 “If you want kids to be less violent, stop giving them this,” said the headline on Twitter. To find out more, I clicked on the link and found an article titled “Soda drinking tied to violent behavior in kids” by the Daily News.

The news said that children consuming four or more servings of soda per day are likely to display bad behavior. Studies show that these kids may have withdrawal and attention problems, destroy other people’s belongings and get into fights and physical attacks.

Sugar overload
A 20 oz. Mountain Dew contains 77g. of sugar and a 7 Eleven 64 oz. Double Gulp Coke contains 186g of sugar. Dr. Mercola has an article on What Happens to Your Body Within an Hour of Drinking a Coke.

Read:
The Truth about Sugar Addiction
The nine benefits of drinking water

What are the additives found in your soda drink and why are they harmful? The Consumer Report said caramel color is added to many soft drinks to turn them brown and some of these contain carcinogenic chemical called 4-methylimidazole (4-MeI). They tested the 12-ounce samples of Pepsi One and Malta Goya to have 29 micrograms per can or bottle of 4-MeI. They tested on 81 cans and bottles of popular soda brands from five manufacturers.

Bad for the teeth
PubMed’s report on “Dental erosion and severe tooth decay related to soft drinks: a case report and literature review” said that the acids and sugars in soft drinks have both acidogenic and cariogenic potential. In layman’s term, it will result in potential tooth decay and enamel erosion.

The publication said sugar-free soft drinks have the same erosive potential as sugar-containing soft drinks. So those with artificial sweeteners will pose the same problems.

Dehydration
We may have come to the assumption that any form of liquid will help hydrate our body. Soda and sugar water may give us an immediate quench of thirst but the reality is the sugar and caffeine inside will speed up dehydration.

Dehydration will then lead to tiredness and mood swings.

Increase obesity and diabetes
“If a child drinks just one soda a day, it will lead to 15.6 pounds of weight a year,” said UCSF. These are empty calories loaded with sugar, additives and caffeine. If a child drinks one soda and two glasses of Kool-Aid each day, he or she would have consumed 390 calories a day.

One pound of fat is 3,500 calories. If the child drinks that amount every day, he or she would potentially increase 40 pounds of weight from drinking soda and sugar drink.

Are sugary drinks the major contributor to obesity in America?

To Harvard School of Public Health the answer is YES. The study is poignant and here are some highlights of why sugary drinks including soda are dangerous to our children’s health:

It is not surprising when I saw the chart on CDC showing:

Bad behavior
The Journal of Pediatrics reported on August 16, 2013 “Soft drinks and behavioral problems in young children.” In the study, the journal finds that aggression, attention problems, and withdrawal behavior are all associated with soft drink consumption in young children.

This study assessed about 3,000 5-year-old children from 20 large U.S. cities, and 43% of children consumed at least one serving of soft drinks per day, 4% consumed four or more.

Are your kids drinking soda or sugar drinks?

What are the alternatives to soda and sugar drinks for your kids as they are heading back to school?

Surprisingly more soda and sugar drinks are being consumed at home than outside.  I found a Math Project by an elementary school in Waikele Hawaii. The Math Project showed on average the 464 families consumed four cans of soda per family per day. A total of 1,856 per day, 12,992 per week, 55,680 per month and 668,160 per year.

That’s just one case study. How about your kids’ school?

What would happen if they drank pure water, added a drop or two of pure 100% therapeutic grade
·  Lemon
·  Orange
·  Tangerine
·  Slique
·  Peppermint essential oils to the pure water or

NingXia Red to the water?

I would love to hear your thoughts. Please leave me a comment below.