I am still in Uganda with a service team of 5 North Americans and 7 Ugandans. We have been doing a lot of things but this was a very impactful 2 1/2 hours.

We visited a slum neighborhood in Jinja, Uganda. It is one of at least 6 I know of in the city and most likely more.

I have seen pictures of kids and adults digging through garbage dumps in Nicaragua. Being present in those conditions and homes was very different. Two and half hours where it is no longer a story but a reality. 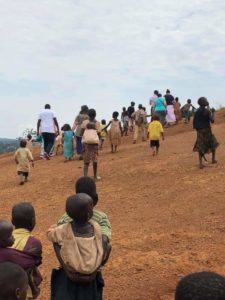 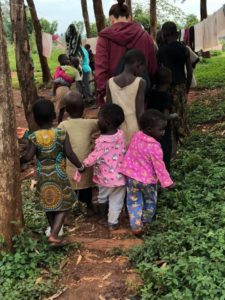 Here is my team member Kim Meyers perspective and story. I hope you can see past the poverty to the good.

Still processing this. It is important to not look at these stories from your own perspective. Life here is very different and access to the basics is not as convenient as in the US. It is hard to see first hand some conditions, but with this being my third trip I see the good. I see where God is working 💜. Everything is built one step, one brick, one behavior at a time.

Our day started with a tour of the Jinja slums. We’ve been through the slums in Kampala and that was a city slum. The Jinja slum was very different. It was more of country slum. It didn’t seem to have the level of drugs or threat that the Kampala slum seemed to present.

Our guide was Steven from Faithful Servant International. An organization in Jinja that works in the slums to educate and improve conditions as well as build community and international relationships.

We designated one person to take pictures out of respect but Steven said it was ok to take pictures. It wasn’t too long into the tour that I could see it was very different than my experience in Kampala’s slums. There was a feeling that this may be their current situation but it wasn’t a permanent situation. So there was Hope.

Steven told us the parents struggle to feed their children and often go to the Central Marketplace (where we were a couple days ago) and go through the garbage to get food to feed their families. I can’t even begin to comprehend that. 😞

We were shown where and how they make various products to sell as well as some food shops. As we walked through we came across this house with people standing outside. Steven asked what was going on. He was told that a elderly lady who lived in that house passed away. She had been sick for a while and that morning someone was delivering food to her and found her dead. Again, it’s still processing.

We met up with a single mom named Sharon. We were invited to a open area and she showed us a mat that she made. It was made out of binding, like the material of Liz Beth’s bags we bring back. She has no money for buying materials so they get the scraps from the garbage. I can only imagine their beauty if made with new materials. 🤔

Then her 21 year old son emerged with jewelry 😲. No! Not jewelry! It is my Achilles tendon here in Uganda. I don’t shop, but when I do, I’m in Uganda 😂

Her smile grew with every necklace I placed in my arm. She jumped with joy as I paid her. We hugged and she shared that she is a single mother. I said, “So am I, how many kids do you have?” She said, “7.” Wow, I told her that she makes beautiful jewelry and to keep making it. I talked to Francis as we were leaving and told him I was proud of him and how he supports his mom. He proudly said, “I am the oldest.” My hearts melted. 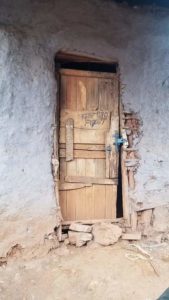 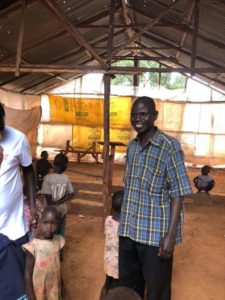 We continued and our next stop was at the church. It is a wooden structure and the wall coverings were of the woven sacks the dried maze comes in. Most of the church sides were open and as we gathered, the pastor showed up. There was conversation and Pastor Peter talked about how there are no chance happenings. God plans it all. He then asked to pray for us. ✝️

We continued and Steven took us up to the clinic then on to a long hike here we reached the trash heap. The aroma was a bit overwhelming. However, the sight of those rummaging through the garbage is still processing. They look for plastic bottles to get money for food. 😞

We headed back with a stop at the community clinic then on to our vehicles. As we stopped to thank Steven, a lady approached us with…yes…more jewelry 😲😂😂. So I bought more 😂. This time I was the hold up in moving on. They are so beautiful and the stories, the heart felt work that goes into making each bead, no words can explain this feeling.”

The processing is still. 💜✝️