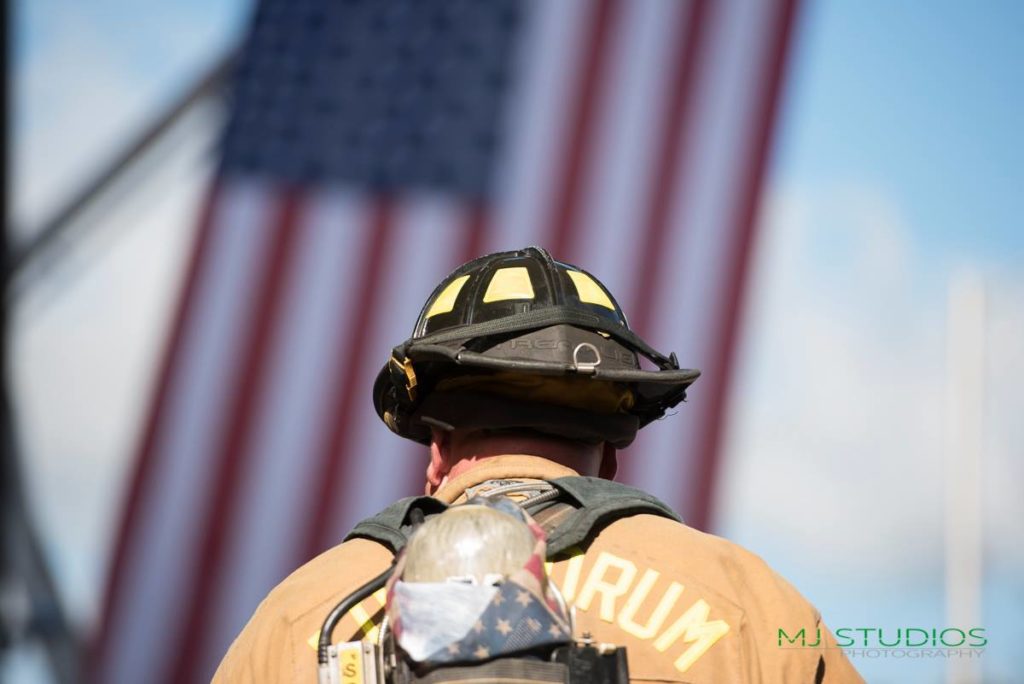 On September 11th, 2001 almost 3000 people were killed and 6000 injured in the four plane attacks. Most of us remember the footage of the World Trade Center as it played again and again. Hundreds of first responders came to rescue lives after the initial attacks. When the towers collapsed mostly civilians deceased working in WTC buildings but 411 emergency workers lost their lives in the tragedy of 9/11 too.

The days after 9/11 we hugged our loved ones tighter and cherished our own lives a bit more. But something else was born out of that day that has evolved into truly honoring 9/11 First Responders and a recognition of what all Emergency Workers provide for us daily. These events includes a climbing 110 flights of stairs in honor of the fallen rescuers around the annual anniversary of September 11, 2001. 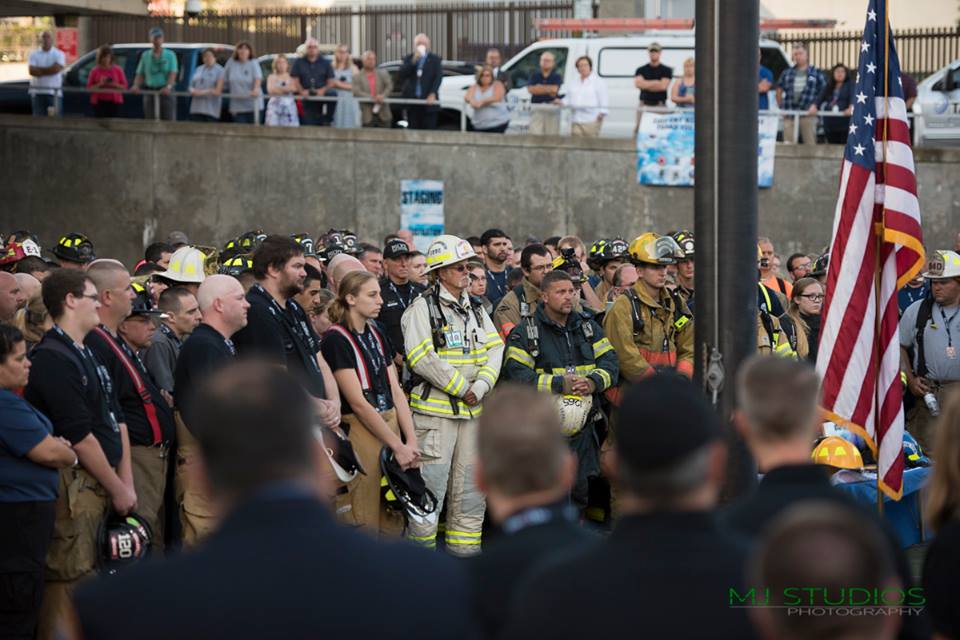 The first known Memorial Stair Climb (climbing of one hundred and ten flights of stairs in full rescuer gear) was done by Firefighter Lieutenant Charles Cogburn who scaled a two story building 55 times wearing body armor, a helmet and an M-4 in Afghanistan. The following year he brought this climb back to the United States. Today more than 30 climbs happening across the United States and other countries on 9/11 anniversary.

A “Climb to Remember” the Central NY Memorial Stair Climb was held Friday September 9th at the Utica State Office Building, Utica NY. This event Commemorates those who lost their lives. 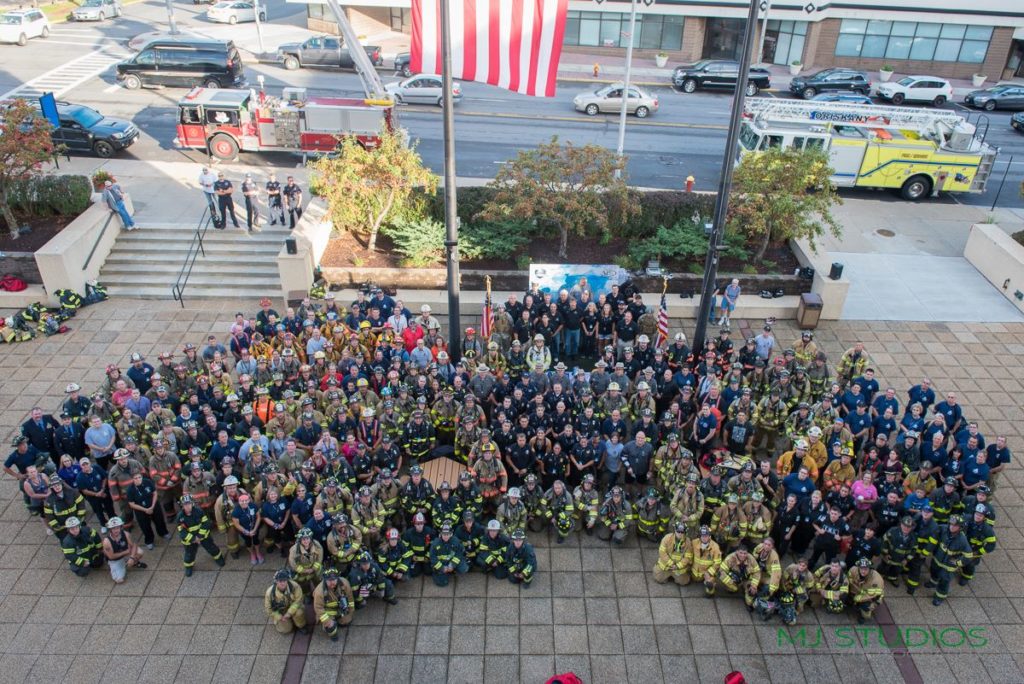 Firefighters and First Responders across Central NY can participate. Each participant is given a Fallen hero to climb for. They wear their pictures as badges around their necks and some display their hero on their back. 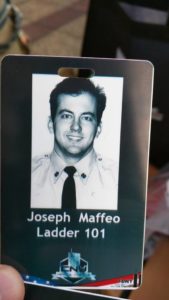 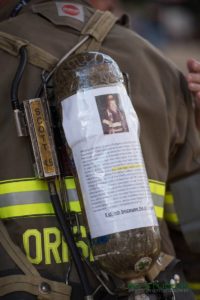 The Oswego Volunteer FireFighters recruited my husband to be a part of this event with them. They were suited with 26lbs of firefighter gear plus an additional 20 plus lb Scott pack was harnessed to their backs. 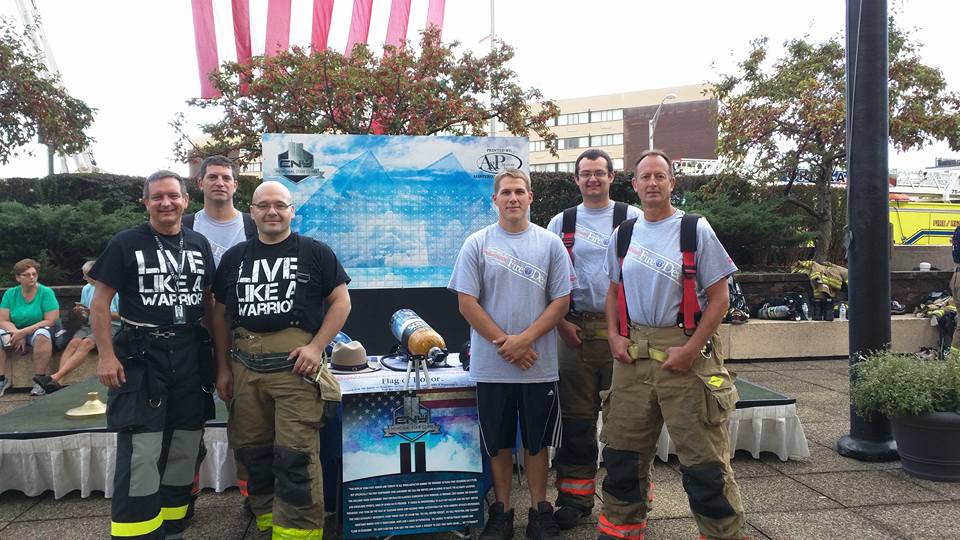 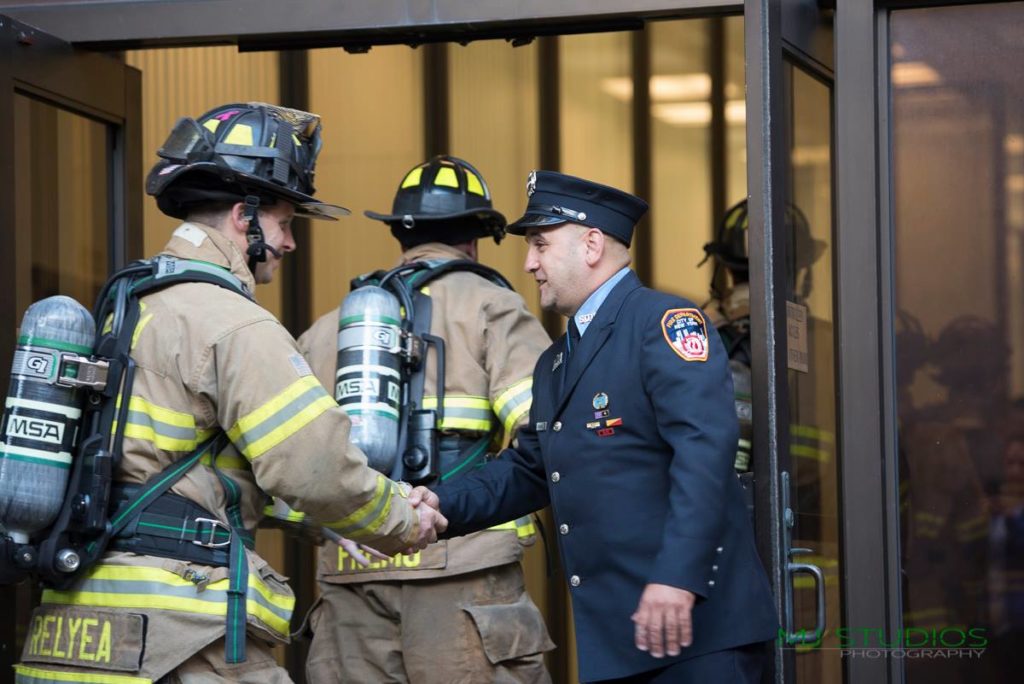 Prior to the climb the men and women were inspired by speeches from two surviving 9/11 Firefighters. These survivors shook each participants hand as bagpipes played and the rescuers began their 110 floor challenge. It was physically demanding and exhausting but the rescuers didn’t give up. After they completed their 110 flights each rescuer rang a bell and put the picture of their fallen hero on the hero wall. 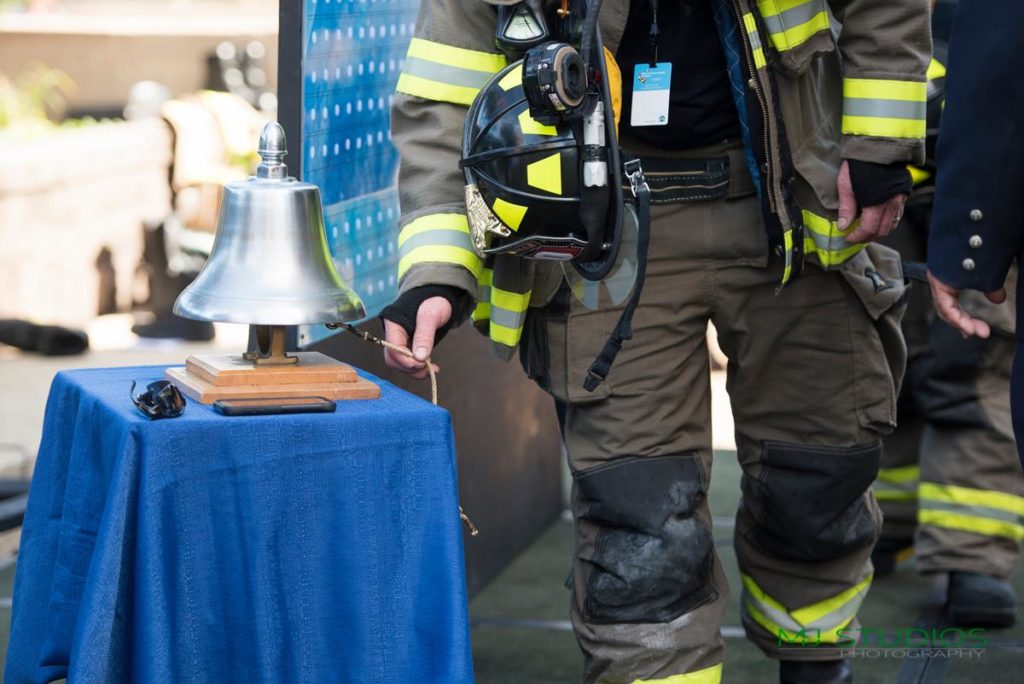 Jay Carter shares “Being a part of this event made 9/11 very real for me. The sacrifices these rescuers make. My fallen hero Joseph Maffeo had a 1 year old baby and wife he left behind. Every day first responders selflessly go to work for us. To save our children, our homes, our lives. I don’t think I was grateful enough for their work. The physical demands on their bodies, the toxins they expose themselves to, and the dangers are incredible. All firefighter and rescue personal selflessly do the hard things to save lives. For that I am very grateful.”

Special Thanks to WWW.MJSTUDIOSPHOTOGRAPHY.COM  for their beautiful photos of this event

No Day Shall Erase YOU From the Memory of Time 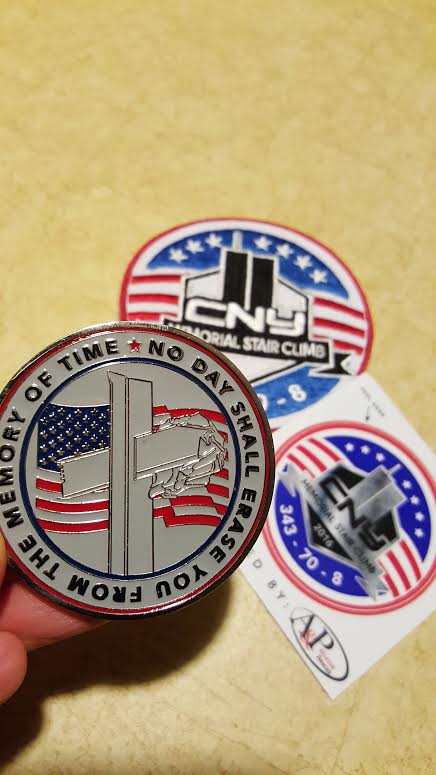