You are here: Home / NingXia Red / Parenting My NingXia Teenage Son: His Vision His Passion His Goals 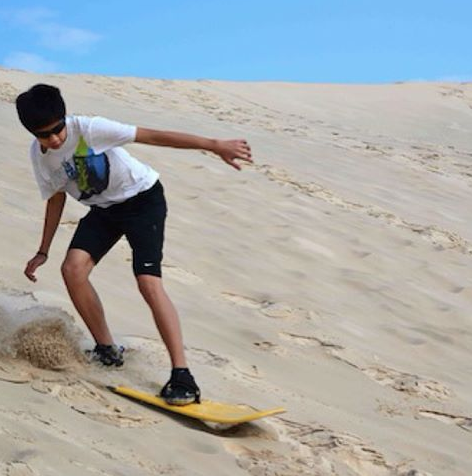 Parenting My NingXia Teenage Son: His Vision His Passion His Goals

I like to think he was the cutest when he was little even with snot coming out from his nose. My son was always getting sick when he was little. His life as a toddler evolved around going to the doctor, emergency rooms, bruises and runny noses.

He had gone through an emergency hernia operation, scratched eye emergency observations, high fever emergency visits and many more. But he was a happy child.

When he was five, we realized he couldn’t speak well. The teachers couldn’t understand him and his voice was low. After some testing we found out he had a little speech problem, too little that the school would not pay for therapy sessions. My husband and I bartered with a friend to work with him on his voice and speech. And I gave her son free piano lessons.

It worked out well. Both boys are great teens today. My son speaks clearly and with great intonation and her son is a great musician and I believe both boys who had been great friends since five are going to impact the world.

When he was in fourth grade, his English teacher gave him a 2 out of 6 for writing in the beginning of the school year. That meant he would fail writing, his most important subject in fourth grade. We immediately hired a writing coach and got him to work hard. That hard work turned his writing into a 4 and 5 out of 6.

Today he is an excellent writer. He is a straight A student in his virtual school. You can explore his writing at The Travel Gear Reviews (his website). He is also my graphic designer and Google Adsense guy. He knows a lot about WordPress and builds and designs his own website.

Being a parent is not easy…every stage poses a set of challenges but none can compare with the challenges of raising a teen. Time and time again, I’ve seen teens getting into trouble because of one thing. Can you guess what it is?

Boredom in school, at home or just plain bored. If a child say, “I’m bored!” there must be a reason to that complaint. It could be school is too easy, too difficult or he or she is just trying to find an excuse. Boredom in teens can lead to mediocrity, passiveness, uninspired work or trouble.

Boredom is a real thing. My son was totally bored when he was in public school. His boredom and complaints about being bored stems from three things: his giftedness, fast pace work and excuses. When he was in middle school we had to deal with these constant complaints. So we placed him in virtual high school from home. Did he complain?

Yes, initially. Not now after he saw the benefits. He is only human. 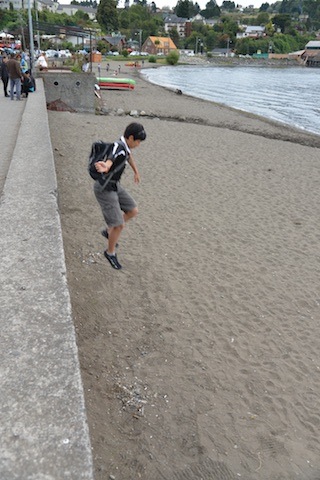 Here are three observations and steps my husband and I took to raise a purpose-driven, focus and sensible teen. Remember we are not perfect and are not there yet. He is still learning and growing.

One: We are his mentors: lead by example
We have no credibility with our teens if we are not willing to do the things expected of them. Many times I have to check my own attitude, words, work ethic and teachable spirit before I could point my finger to my son. Nothing warms my heart more than to hear my son said the other day, “Wow, mom you are so coachable!”

My husband and I don’t know everything. When the time is right we will be looking for a mentor for him to increase his skills in areas that we lack. I have to admit that in order to raise teens that are purpose-driven and focused, we have to be walking in that path too.

Many times I make mistake and have very bad attitude and I fall short regularly. My son has the freedom to tell me so.

Two: Give opportunities to explore and make mistakes
My son likes online shopping and loves to ‘beat the system’ as he calls it. About a year ago he watched and bid for a Wii game for days. He was so excited when he finally out bid everyone else. When the package came, he realized the CD was broken probably due to shipping.

He was crushed. Although he is not a spender, he is one who gets disappointed easily when things don’t turn out as expected. When he was 12 he wanted a game so badly. He begged me for the game for days and I warned him it might not be the same as he anticipated. Sure enough, he was totally disappointed with the purchase.

These are just two examples of the disappointments and ‘mistakes’ he had. If we didn’t allow him to explore he may never have known the outcome. However during our travels here in South America there are many dangerous paths that he wanted to take. We had to stop him from doing so and not let him risk his life. One example would be our trekking trip. Jonathan can jump high and climb fast even in high altitudes. When he gets excited he forgets the dangers.

We have to sit him down and tell him the reasons. He is one who will not take ‘no’ for an answer easily.

Three: Honoring our words and freedom to express himself
Jonathan loves sports, especially soccer. His favorite team is an English team called Chelsea FC. One of the reasons we are going to England next year is because we have promised Jonathan since he was 12 that we would bring him to a live Chelsea game in England if he agrees to cutting the cable (which means no more watching TV).

It is not convenient to bring Jonathan to England and we have been to England two times already but a promise is a promise. It takes money and time to bring a promise to past.

In other words we have to mean what we say and stick to our promises. Jonathan is given freedom to do the things he likes to do. We have also invested money and time so he could pursue his interest and passion.

Raising kids just like building a business requires time and money investment. There is no free ride. If we want the best for our children, we have to invest time, money and energy into them including their health. Jonathan is a NingXia Red teen. For nutritional guides, we used Dr. Mary’s article Teen Boy’s Nutritional Guide. It is crucial that we pay attention to their health and teach them to take care of their body.

We have to invest into ourselves too, to be the best that we are called to be, not perfect but the best.

I’m not a perfect mom, my teens will tell you that instantly. They are who they are today because of their faith in God and their parents. The Bible says, train up a child in the way he should go, and when he is old he will not depart from it (Proverbs 22:6). 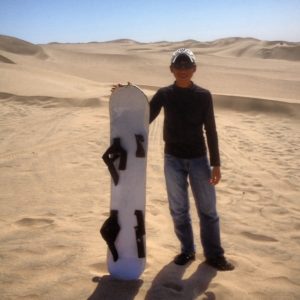 Jonathan is 15 and a sophomore in Florida Virtual School and is scheduled to graduate one and half years earlier than his peers. He splits his time between schoolwork, working on his website, watching soccer and traveling with his parents and sister. He creates widgets, Facebook and WordPress headers and other website graphic design work. You can find him at www.thetravelgearreviews.com. You can find Claudia Looi at www.travelwritingpro.com.