You are here: Home / cancer / Bra… Friend or Foe 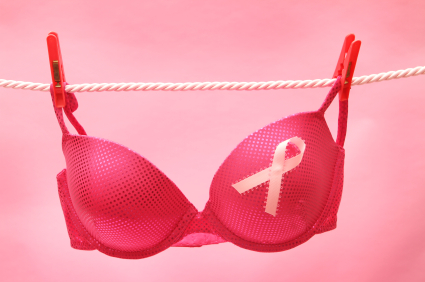 Every morning, women get up and put on their bra; it’s part of our daily routine.  Since breasts have become “fashion accessories”, we must make sure they take their rightful place. But what if your bra was harming your health, would you forsake it?

Syndy Ross Singer & Soma Grismaijer are two researchers bold enough to study the effects of bras on women’s health and wrote a book on it, Dressed to Kill; The link Between Breast Cancer and Bras and their follow up book, Get it Off! Understanding The Cause of … Breast Pain, Cysts and Cancer, despite threats with a lawsuit by the Intimate Apparel Council (trade association in the US for the multi-billion dollar bra industry).  Singer & Grismaijer found it interesting that the cancer industry has never looked at bras and breast constriction as a possible cause of breast cancer. They concluded that with a medical industry that earns $10,000,000,000 annually on treatments for breast cancer, getting rid of bras would cost the medical industry billions.

Surrounding our breasts is the greatest number of lymph vessels and nodes. When the breast region is constricted by a bra, the lymph system cannot flow freely. This causes a buildup of fluid, less effective feeding and cleansing of the tissue, an increase in accumulated toxins and restriction of lymphocytes which destroy abnormal cells.  In addition, the petrochemicals in bra materials can leach out of the fabric and into the skin, causing loss of breast skin color and dermatitis.  Dr. Irmgard Keeler-Howard of Houghton College states that chemicals that comprise elastic may be cancer causing.

o  Women wearing bras 24 hours per day were 125 times more likely (3 out of 4 chance) to developing breast cancer
o  Women wearing bras more than 12 hours per day, but not to bed, had a 1 out of 7 risk
o  Women wearing bras less than 12 hours per day had a 1 out of 152 risk
o  Women who rarely or never wore bras had a 1 out of 168 change of breast cancer
o  Wearing a bra at least 14 hours a day tends to increase the hormone prolactin, which decreases circulation to the breast tissue.
o  Professional women have higher than average BC incidence rates than rural women who wear their bras less often
o  80% of bra wearers who experience lumps, cysts, and tenderness saw their symptoms vanish, within a month of getting rid of their bra
o  In 1997 Singer compared a group of women in Fiji – half of the women wore bras and the other half went without.  The diet, environment and lifestyle of both groups were the same.  Those who wore bras had the same rate of breast cancer as women in the US.  Those who went braless experienced practically no breast cancer.

Bras are not the first item of clothing to be called on the carpet for potential health issues. Over the centuries, various items of clothing which chronically constricted a region of the body have come under fire.

Asian cultures bound women’s feet in the name of fashion, creating irreversible deformed and dysfunctional feet.  Tightly laced corsets from the 1700-1900’s contributed to an enlarged left heart ventricle as well as congestion of the brain, liver and kidneys.  Neckties have been linked with reduced blood circulation to the brain, shoes causing corns; Tight Pants Syndrome may be the cause of unexplained stomach cramps, and chest pain and heartburn.

In addition, tight belts restricting lymphatic flow to the groin region may be linked with increases in colon cancer. This, incidentally, occurs most frequently below the belt region in the sigmoid colon and rectum. Also, men’s tight briefs reducing sperm count, and repeated trauma from eye glasses have been linked with skin cancer on the bridge of the nose.  I think you are getting the idea, constrictive clothing may not be the direct cause of our health issues but it certainly creates an environment conducive to ill health.

It’s time we consider health over fashion and demand new fashion trends featuring healthy breasts…  au natural!  Enhance lymph flow with gentle lymph massage, moving them from the nipple outwards, mostly toward the armpit.  Stimulate lymph flow by dry brushing, rebounding on a mini trampoline or bouncing on a gym ball while moving the arms.  If you must wear a bra, consider bras made from natural fabrics and avoid padded, push-up, sports, strapless, underwire and tight/ill fitting bras which contribute to breast compression as well as bras resembling body armor which may heat up breasts to unnatural temperatures.

Would you like to learn about Young Living Essential oils that have been found to help breast health and even inhibit cancer growth? We are here to serve you so let us know if these topics are important to you.